Many of us will spend our holidays without the people we love the most. Some of you are mourning loved ones you have lost not this year. Indeed, the holidays will be very different, and perhaps difficult, for us all.

Some traditions remain the same, even in 2020. Every year, I write and release a holiday scene. For 2020, I decided to revisit Hannah and Milly again. I think you’ll understand why once you start reading.

Oh, if you’ve listened to The Diva Story, but haven’t read last year’s holiday special, I highly recommend you read that one first! This link will take you to the first part of ’12 days of romance’ with Hannah and Milly.

All caught up with The Diva Story and last year’s holiday special? Alright then…

I wish you joy and light in the last days of this incredibly dark year, my fellow romantic. May 2021 be (much) better for us all.

Much love and happy reading,

Milly took in her reflection in the large mirror. The jeans were a little loose around her thighs. She had lost more weight than she had thought. She turned around and looked over her shoulder. “Yeah, my butt too,” she thought.

She faced the mirror again, tilting her head. The hoodie had always been on the large side, so she wasn’t surprised to see it hanging from her frame. As a whole, her outfit was far from flattering, but it was better than her pajamas.

Milly tucked an unruly strand of hair behind her ear. She hadn’t bothered brushing before pulling her hair back into a ponytail. “A challenge for tomorrow,” she decided and headed for the door.

She picked up the music as soon as she stepped into the hallway. Milly didn’t have to think twice about what album Hannah was playing.

“A Classical Christmas?” she asked softly, walking into their living room.

Hannah was sitting on the couch and looked up from her computer. “Hey, you’re dressed!” she beamed.

Milly pulled her sleeves over her hands. “Yes, I thought it was high time I got out of my pajamas.”

“Not when I have been wearing them for three weeks in a row,” Milly said, walking straight for the fridge.

“Yes, you are,” Hannah insisted. “You always look amazing.”

Milly glanced over her shoulder. “You’re a horrible liar.”

Hannah grinned, stretching her arms above her head. “Not a bad characteristic to have.”

Milly focused her attention back on the fridge. “We’re out of broccoli,” she sighed.

“You said you didn’t want any,” Hannah replied, walking up to the counter of their open kitchen. “I can go out and get you some?” she added softly.

Milly shut her eyes for a moment. The anxiety in Hannah’s voice wasn’t hard to miss. Milly hated that she was the one causing this distress. She had gotten dressed for Hannah as much as for herself.

“No, I’ll go get it,” she said slowly, still staring at the empty shelf.

“Are you sure?” Hannah asked.

“Yes,” Milly replied, even though she wasn’t sure at all. She shut the fridge and turned around, leaning against the large metal door. “Yes,” she repeated, mostly trying to convince herself.

Hannah pulled back one of the chairs that stood by the counter. “Are you feeling a little better today?”

Hannah shifted in her seat. “I don’t think this is something you can rush?” she said frowning.

“I can’t keep hiding in my PJs forever,” Milly sighed, staring down at her socks.

“It’s been a really rough year for everyone,” Milly sighed again. “Other people do pick themselves up.”

“And you will too,” Hannah said, nodding. “You’ve worked so hard all year. It’s normal to need some rest.”

“What?!” Hannah asked, grabbing the counter. “It is very real for all those young artists you have been helping.”

Milly huffed sadly. “Exactly! They’ve got it so much worse than I do. They haven’t even gotten the chance to start their career… Some of them can’t make rent.”

The chair moved. Milly looked up and saw Hannah walking around the counter, coming straight for her.

“Honey,” Hannah said, placing her hands on Milly’s shoulders. “Look at me.”

“I don’t want to keep moping like this,” Milly squeaked before clenching her jaw.

“Honey, your entire season got canceled,” Hannah said, tucking some of Milly’s hair behind her ear. “It’s normal to feel sad about that even if you’re not in trouble financially.”

“It’s more than being sad,” Milly replied, now truly on the verge of tears.

“Tell me,” Hannah pleaded. “Tell me what you feel.”

Milly sniffed. She wasn’t sure talking about this was a good idea. She had been doing so much better this morning. Talking seemed like the surest way to end up back in bed with the sheets pulled over her head.

“I miss being on stage,” she admitted, forcing the words out. “I feel like part of me is dying when I can’t sing.”

Hannah nodded, fidgeting with another strand of Milly’s messy hair.

“And not knowing when we can all start working again…,” Milly continued, but then stopped for a moment. She took in a deep breath as an all too familiar feeling of despair pressed heavily on her chest. “It’s just…”

Milly sucked her lips into a thin line. Despite her best efforts to stop them, several tears rolled down her cheeks. Hannah leaned in, placing a soft kiss just under Milly’s eye.

“Having to cancel the wedding,” Milly continued, taking in another shaky breath. “That was the straw.”

“Come here,” Hannah said, pulling Milly into her arms. Milly buried her face in Hannah’s neck. She breathed in Hannah’s perfume in between the sobs she was desperately trying to control.

“One day, not too long from now, we’re going to have our perfect wedding,” Hannah whispered into Milly’s ear.

Milly nodded, tightening her arms around Hannah’s waist. “I know, but I really thought we would be able to have it next week.”

“I mean,” Milly sobbed. “I get that we had to cancel the big wedding. But then, our plan B too.”

Milly giggled regretfully through her tears. “I think we were at D.”

“Gosh,” Hannah sighed. “I guess we were.” She pulled back a little, cupping Milly’s cheek. “But we can create a plan E,” she smiled sadly. “As soon as it’s safe for your parents to travel.”

“I know,” Milly said, sucking in air. The heavy weight on her chest seemed to lift a little now that she was crying. “We might as well wait longer now.”

Hannah rested her forehead against Milly’s. “Maybe we’ll all get the vaccine next year and can have a big party in early 2022.”

Milly nodded. She wasn’t as hopeful as Hannah was, but she was grateful that at least one of them was seeing the light at the end of the tunnel. She looked up into Hannah’s bright blue eyes.

“I love you so much,” she whispered, her voice shaky again.

Hannah smiled. It was a beautiful, loving smile. “I love you too,” she replied.

Milly’s voice shot up when she said, “I’m sorry I totally crashed.”

“Don’t be,” Hannah immediately said. “I know what it’s like.”

“How are you feeling?” Milly asked, placing her hand on Hannah’s chest. “Are you okay?”

Hannah nodded. “Yeah, I’m bummed out, of course. But I guess work keeps me busy.”

“Lex thinks we can still break even this year if online holiday sales aren’t too bad.”

Hannah’s smile wasn’t as bright as it had been before. “It’s better than many other companies are doing. I’m just relieved we won’t have to let anyone go.”

Milly’s eyes fell on the dark circles under Hannah’s eyes. “Maybe it’s time you took some time off too,” she said, running a thumb over Hannah’s cheek.

“Well,” Hannah said, pursing her lips. “I was kind of considering doing something this afternoon…”

Hannah nodded at the other side of the room. “Charles is distraught there’s no Christmas tree this year.”

“What?!” Milly chortled, looking over her shoulder. Charles was sitting on the back of the couch, giving her his usual angry stare.

“Right,” Milly laughed. The sound of her own laughter surprised her. She hadn’t laughed out loud in weeks.

“I kind of came up with a plan,” Hannah admitted, wiggling her hips. “Or maybe I just felt like doing a bit of shopping.”

“What did you do?” Milly giggled.

“But we already have a tree!” Milly squeaked.

“Yes, but it’s stuck in storage,” Hannah pouted. “And it seemed safer to just have a new one delivered.”

Milly opened her mouth to protest but then saw Hannah’s hopeful expression. She shook her head in amusement.

“It should arrive any moment now,” Hannah continued, shuffling her feet like a kid who has been caught doing something silly.

“Yes,” Hannah said, pointing in Charles’ direction again. “I already got out the Christmas decorations too. I wanted to surprise you later.”

Milly turned around again and now saw the boxes piled up on the floor, partly hidden by the couch. “Right,” she smiled. “You’ve been busy today.”

Charles let out a loud ‘meow’ and hopped off the couch, rubbing his side against one of the boxes.

Milly and Hannah both laughed.

“See?” Hannah said happily. “Charles is totally up for it.”

Milly wrapped her arms around Hannah’s neck and pulled her in. “You two are adorable,” she whispered against Hannah’s lips.

“Does that mean you want to help us decorate?” Hannah replied. “Because I think there’s room for one more.”

Grinning, Milly pressed her lips against Hannah’s. For the first time in weeks, she felt like she might enjoy the coming holidays, even if they were stuck at home. She knew she had Hannah to thank for it.

After a long, tender kiss, Milly said, “Okay, I’ll help. But I get to put the star on top of the tree.”

“The star”? Hannah gasped in mock horror. “That’s the highlight of our decorating tradition!”

Milly tapped Hannah’s nose lovingly. “That’s what you get for asking a diva to marry you, miss Emsworth.”

Help me keep going in 2021 with the TLR holiday tree!

If you’ve enjoyed my work in 2020, and feel moved to give back, you can help me keep going in 2021. Every festive contribution helps!

Recurring support can be cancelled at any time. Your payment will be processed securely. Once it is completed, you’ll see a thank you page and you’ll receive an email receipt.  Check the Payment FAQ for more information.

(Just to make sure: this is a symbolic way of sending me financial support. You are not purchasing holiday ornaments. I will, however, feel all that holiday light shining! ) Hey ho ho! Here’s the extra scene (aka the Christmas Special) with Emily and Lea. Thanks so much for subscribing, and have a wonderful Christmas! You should be able to play this episode on any device from this page. You will not find the scene in your regular podcast player.   Your support keeps this podcast […] 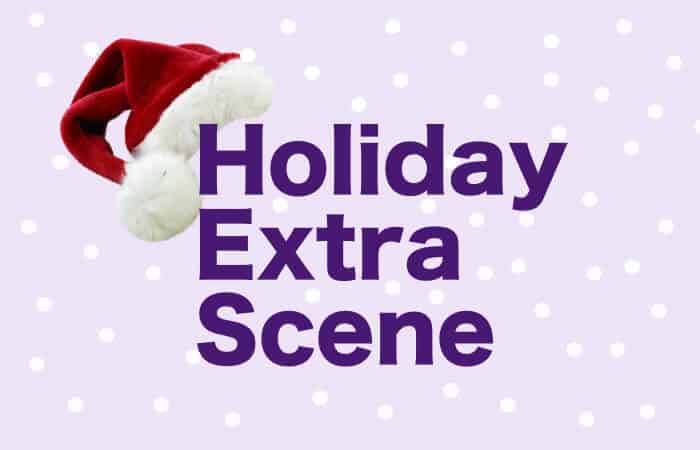 Ho ho ho! It has a become a bit of a tradition to release an extra scene for the holidays. The last 2 were Christmas dreams so I decided to do another one this year. I guess this has also become part of the tradition. 😉 Releasing it a few days early here for all […] 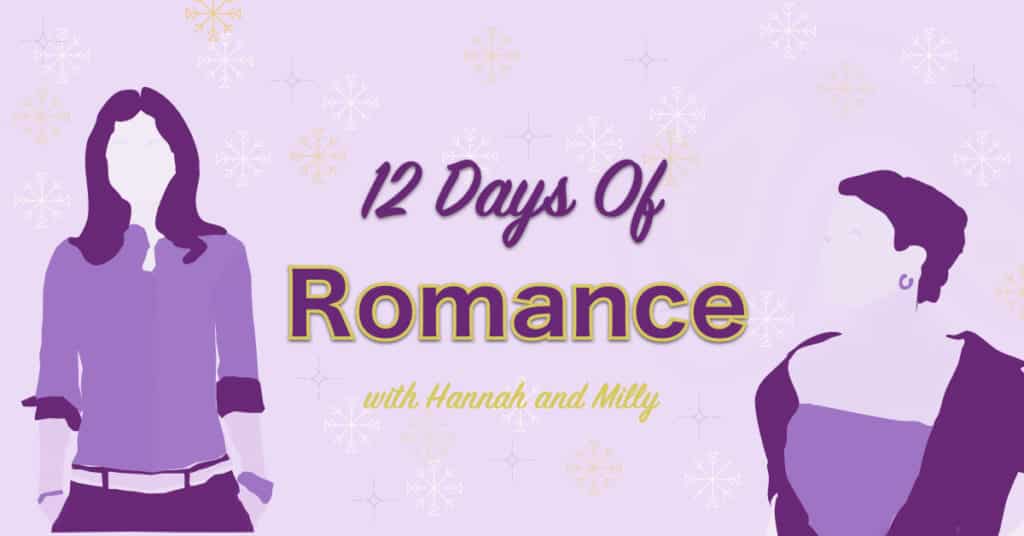 Day 1: Hannah   Hannah pulled the small box out of her pocket. Her eyes flicked to the door. She locked it before sitting down on the toilet lid. It was a bit silly to hide in here, she knew. Milly wasn’t home after all. Her mother was, though, and she often followed Hannah around […]

Hello, fellow romantics, Many of us will spend our holidays without the people we love the most. Some of you are mourning loved ones you have lost not this year. Indeed, the holidays will be very different, and perhaps difficult, for us all. Some traditions remain the same, even in 2020. Every year, I write […]